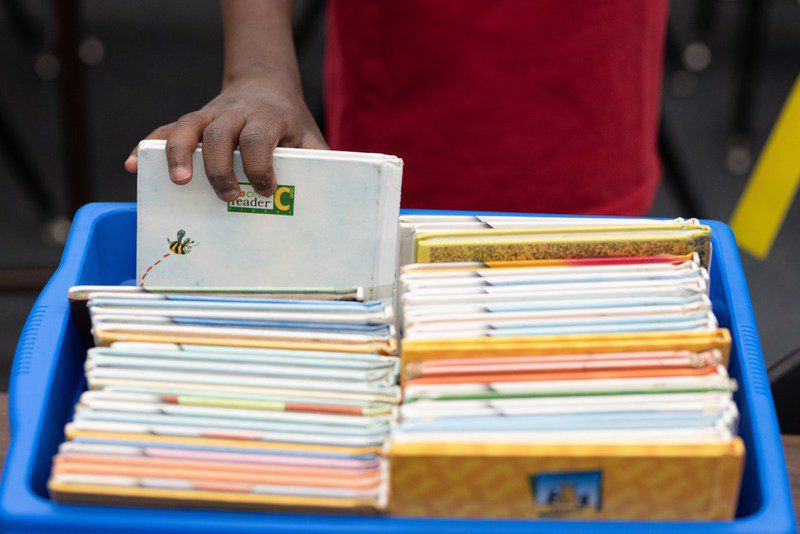 A student combs through a tub of books at the Okmulgee Primary School library in December 2018. 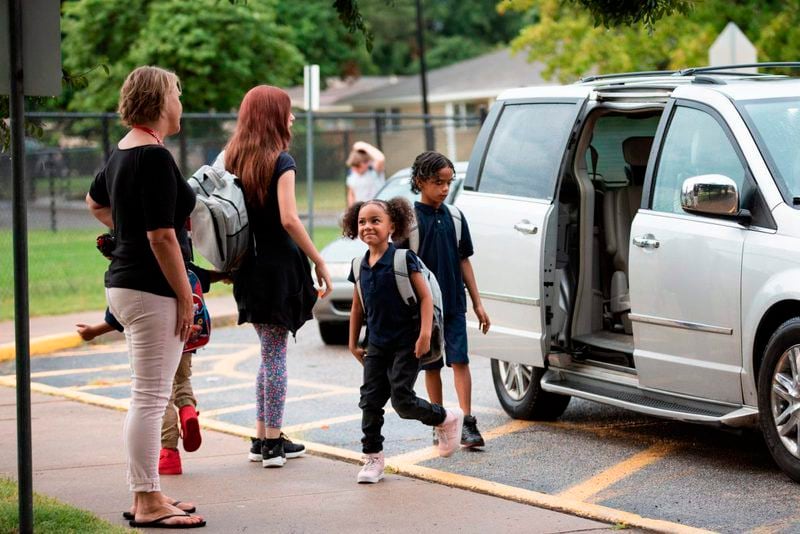 In this September 2019 photo, first grader Nola Southern smiles at Jones Elementary School teacher Carol Moshiri after being dropped off at the Tulsa school.

A student combs through a tub of books at the Okmulgee Primary School library in December 2018.

In this September 2019 photo, first grader Nola Southern smiles at Jones Elementary School teacher Carol Moshiri after being dropped off at the Tulsa school.

Kindergarten and first-grade classes across Oklahoma likely will be required to meet the state’s class-size limit for the first time in a decade when the 2021-22 school year begins.

Research on class size doesn’t point to a magic number of students per teacher, but it does indicate smaller is better. Teachers and administrators tend to agree. And for parents, large classes are often a top complaint, school administrators say, and a reason for leaving public schools altogether, surveys show.

State law caps public elementary school classes at 20 students and schools face financial penalties for not meeting the standard. But a moratorium on the penalties has been in place since 2010.

A law enacted this year takes a step toward enforcing the class-size limit. Senate Bill 193 requires the 20-student cap for kindergarten and first-grade classes once the Legislature puts an additional $100 million in unrestricted money into the state funding formula.

Lawmakers appropriated an increase of $133 million this year – $58 million for teacher pay raises and $75 million in unrestricted funds.

“We’re three-fourths of the way there,” said Carolyn Thompson, legislative liaison and deputy chief of staff at the state Department of Education. “Unless something unforeseen happens, we expect to reach that funding level next Legislative session.”

Thompson said the student limit enforcement effort is starting with kindergarten and first grade because schools typically keep those classes the smallest.

“It is most likely schools will have an easier time keeping class size down at those levels,” she said.

But officials won’t know for sure until they get class-size data, which hasn’t been collected since 2012, Thompson said.

“That hampered our ability to know where things stood and know the appropriate trigger to put limits back in place,” she said.

Some teachers have reported 28 to 30 students in kindergarten and first-grade classrooms.

Midwest City-Del City schools have 1,046 kindergarteners in 53 classes this year, Superintendent Rick Cobb said. In the 14 classes with more than 20 students – the highest is 24 – the teacher has an aide, he said.

“We do a pretty good job at keeping those low,” Cobb said, adding more classes are planned next school year at Schwartz, the district’s largest elementary school.

“The biggest challenge is 90% of the budget goes into payroll anyway,” Cobb said. Hiring more teachers for additional classrooms means less money to give teachers raises, he said.

And the teacher applicant pool is low.

Back-to-back pay raises the past two years have boosted Oklahoma’s teacher pay to the top in the regions, which has helped address the shortage, State Superintendent of Public Instruction Joy Hofmeister said last month.

Hofmeister said Oklahoma has seen significant growth in its teacher workforce, with the addition of 1,751 classroom teachers since the 2017-18 school year. She called it “a strong indicator that we have begun to reverse course and attract new talent.”

The Department of Education staff has begun looking at how best to gather class size data beginning next school year, Thompson said.

Officials plan to use first-quarter enrollment numbers on Oct. 1, 2020, to submit a report to the Legislature in January 2021.