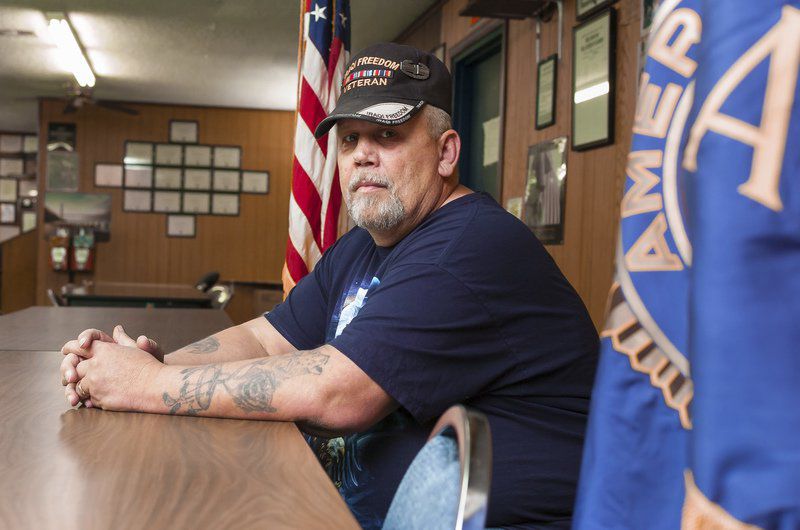 Richard R. Barron | The Ada News James Kercheval said he hopes to set an example for other veterans who may struggle with talking about the effects of their exposure, or their mental health — issues he says soldiers struggle with every day. 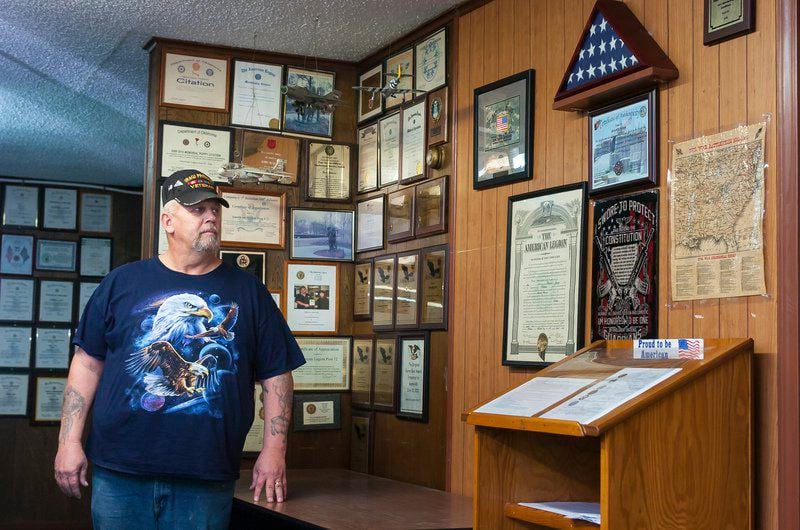 Richard R. Barron | The Ada News James Kercheval said he hopes to set an example for other veterans who may struggle with talking about the effects of their exposure, or their mental health — issues he says soldiers struggle with every day.

James Kercheval served six years in the U.S. Army’s 3rd Cavalry Regiment — a stint which included two tours of duty in some of Iraq’s most dangerous locations. Now, the 53year-old, medically discharged sergeant finds himself fighting another battle, much closer to home.

Kercheval, like other veterans of U.S. operations in Iraq and Afghanistan, is fighting a battle for his life against a shadowy assailant the U.S. government only recently began to recognize.

During two tours of duty in Iraq — where Kercheval served in Ayn al Asad, Tikrit, Fallujah and Baghdad, first from March 2003 to March 2004, then again from April 2005 to June 2006 — Kercheval says he and others were repeatedly and consistently exposed to toxic chemicals. That exposure, he says, ultimately caused the medical issues he and many other soldiers now face.

On Feb. 26, Kercheval will join other soldiers in Washington, D.C., to speak before a joint U.S. Senate and House Veterans Affairs Committee hearing. The group will speak as part of a Wounded Warrior Project initiative to raise awareness of mental health, toxic exposure and women veterans’ issues.

Kercheval, who currently serves as post commander of the American Legion Howard Maxey Post 72 in Ada, said he hopes to set an example for other veterans who may struggle with talking about the effects of their exposure, or their mental health — issues he says soldiers struggle with every day.

The U.S. government’s initial denial of the exposure has, in Kercheval’s view, muddied the waters for some, making it more difficult for veterans to seek treatment or talk about how they feel.

“The purpose of this trip is to let people know there were chemicals over there. No matter what they said before, it’s not true,” Kercheval said. “For example, when my unit first went to [Ayn al Asad] in 2003, we slept in jet hangars with barrels full of these chemicals and nobody knew what they were, because they weren’t marked. It wasn’t until later on that we found out that these barrels were filled with [liquid] mustard [gas], Sarin [gas] and various other chemicals.”

“For me, it began in March of 2003,” Kercheval said. “That’s when I first went to Iraq. There were probably 40 of us that were in these hangars. We were curious what was going on with [the barrels], what they were, and nobody knew.”

Kercheval said exposure to the chemicals stored in the hangars and elsewhere on the base was constant, and the same scenario played out at locations across Iraq.

“The chemicals were in the sand, too,” he said. “[Iraqi soldiers] were burying these chemicals, and you get these drastic sand storms and it just flings it all over the place.”

Now that more studies have been done and the government is aware of and has recognized the chemical exposure, Kercheval says the battle is shifting from recognition of the problem to finding more funding for the VA to provide care for veterans affected by their exposure.

Kercheval said he intends to keep fighting this battle, whenever and wherever he can, to help secure the funding to get veterans the help they need.