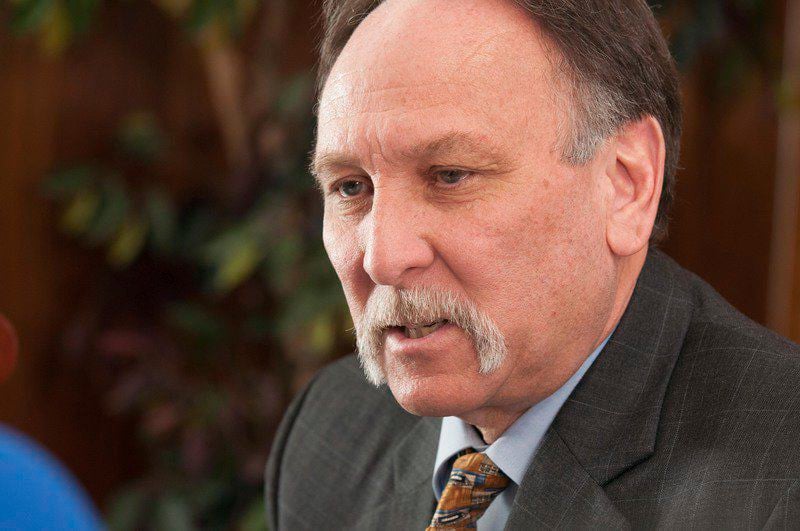 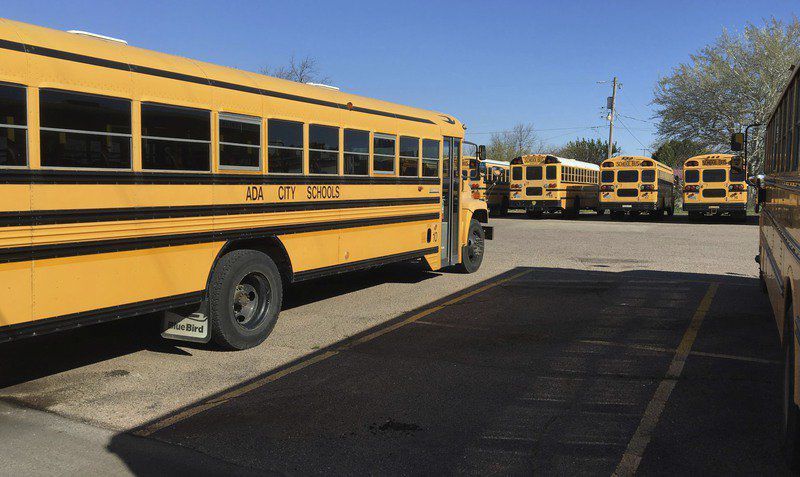 Ada City School buses sit parked in their parking lot adjacent to Ada Junior High School March 25, 2016. As a result of a midyear adjustment, the school district will see a $149,270 reduction in state aid for the current fiscal year.

Ada City School buses sit parked in their parking lot adjacent to Ada Junior High School March 25, 2016. As a result of a midyear adjustment, the school district will see a $149,270 reduction in state aid for the current fiscal year.

Ada City Schools will lose $149,270 in state aid this fiscal year, due to a midyear adjustment in state funding.

It’s not uncommon for the district to see a reduction in state aid when midyear adjustments are made, and district officials were anticipating a loss of aid this year, Superintendent Mike Anderson said during Thursday’s Ada Board of Education meeting.

“That’s an expectation every year,” he said. “As long as your district valuation goes up, your state aid’s going to go down at the midterm. We know that.”

Anderson said he did not think that funding from the gross production tax, school land earnings and motor vehicle purchases would offset the loss in state aid, since Oklahoma’s economy is slowing down. But he added that revenue from property taxes  — also known as ad valorem taxes — and the county four-mill should make up most of the difference.

The district’s original state aid allocation for this fiscal year was approximately $10.89 million, but the allocation after the midyear adjustment dropped to about $10.74 million — a reduction of 1.37%.

Anderson said Friday that the reduction is not likely to have a significant impact on the district, since revenue from property taxes and the county four-mill will offset the loss.

“The theory is that’s it’s a complete wash — that what you lose in state aid, ad valorem will make up, and your other revenue sources like gross production and school land earnings and motor vehicle taxes,” he said. “It should, if the economy’s strong, continue to go up.”

Oklahoma school districts receive their original notice of state aid allocations in July each year. That amount takes into account the previous year’s ad valorem taxes and 11 months of the current year’s chargeables, which included gross production tax dollars and other sources of funding.

Then in October, the Oklahoma Department of Education collects data on topics including the number of special-education students in each district, the student count in each grade and the number of Englsh-language students.

School districts may use their highest weighted average daily membership over a three-year period, Matt Holder, deputy superintendent of finance and federal programs for the state Department of Education, told The Ada News in January 2019.

Ada City Schools’ weighted ADM has not changed since last year, according to the Department of Education.