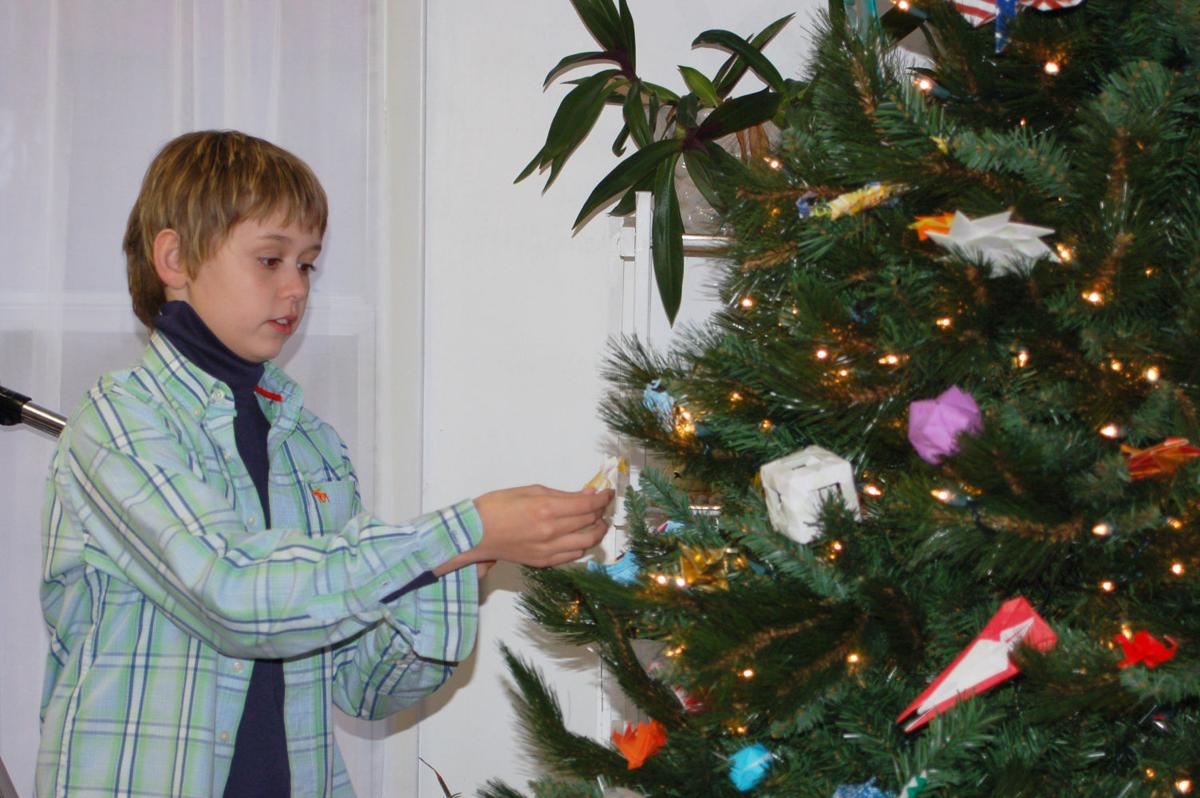 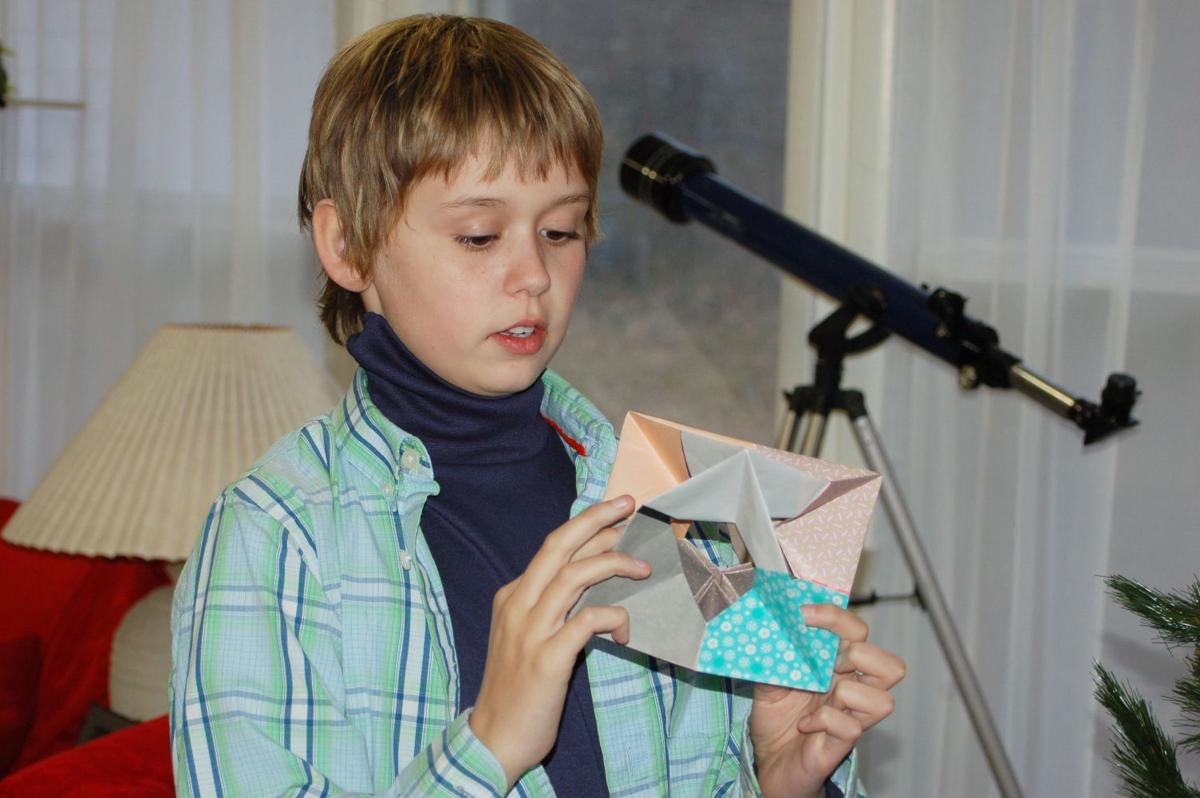 Karsten examines one of his multi-sheeted origami creations.

Karsten examines one of his multi-sheeted origami creations.

Origami, the traditional Japanese art of paper-folding, is an art form still enjoyed by many today, including Ada resident Karsten Thompson. He took up origami in the spring and has since become an avid practitioner. Signs of his paper-folding skill is apparent throughout the Thompson residence, most notably on a Christmas tree filled with folded paper. Thompson has a variety of origami creations on display. While some are based on previous folds and designs, others are entirely unique creations made from scratch. One of Thompson’s most impressive origami works is a geometric paper ball roughly the size of a soccer ball and made of 30 interlocking paper squares. “That one took all afternoon,” he said. Thompson also keeps up with the paper designs and artistic endeavors of professional origami masters as well, especially those of Eric Joisel. “He’s my idol,” said Thompson. “He feels compelled to fold,” said Karsten’s mom Kara. “If we’re sitting somewhere, like waiting at the doctor’s office, I’ll ask someone for some printer paper and he’ll cut it down himself and make something really cool out of it, and then give it to the receptionist. He leaves his mark all over the place.” Thompson has developed such a knack for origami that he’s even started passing his knowledge on to others. “I sometimes teach my friends at school,” he said. Thompson and his mom are also working on putting together a paper-folding workshop in the summer and maybe even a display of his artwork.