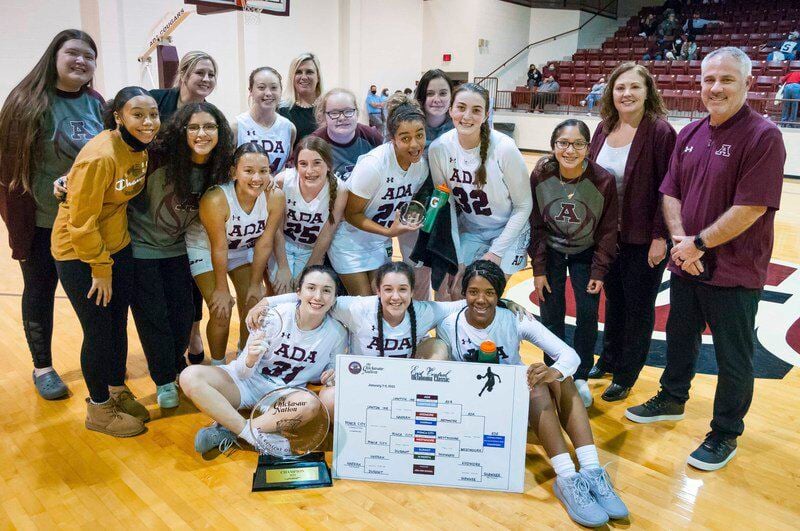 The Ada High girls basketball team won the championship at the 2021 East Central Oklahoma Classic Saturday night with a 38-29 win over Westmoore. 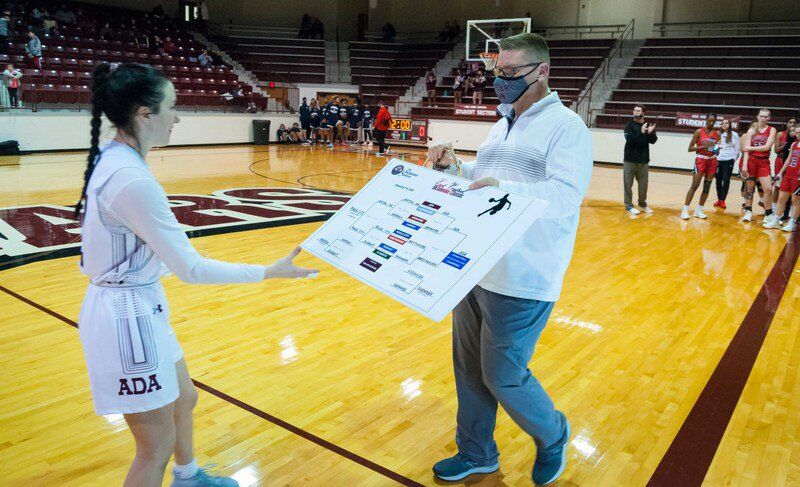 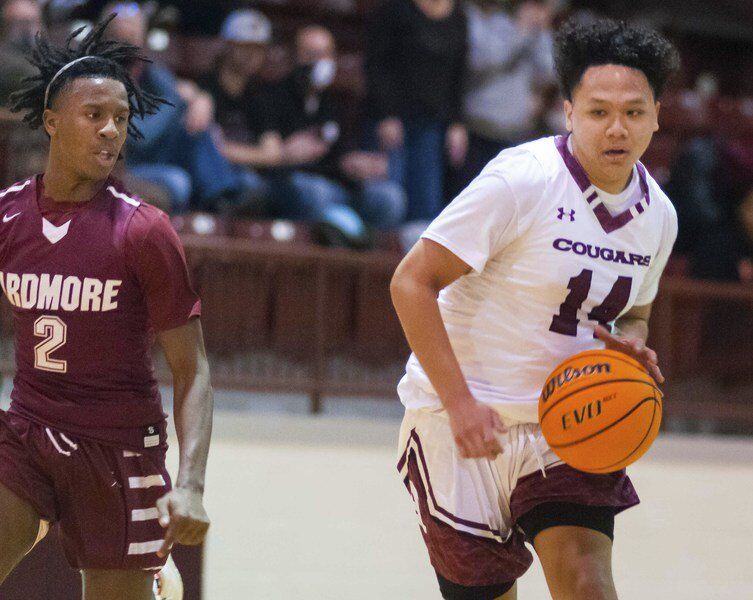 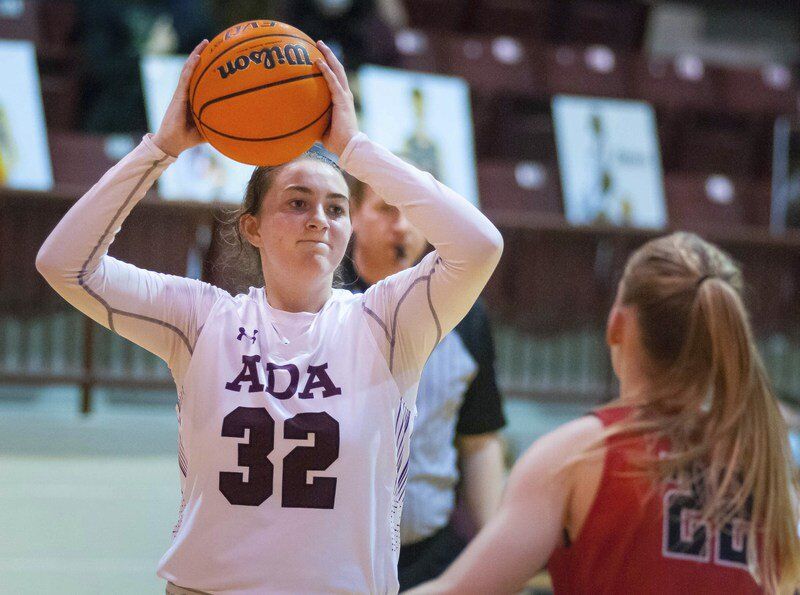 The Ada High girls basketball team won the championship at the 2021 East Central Oklahoma Classic Saturday night with a 38-29 win over Westmoore.

The Ada High girls basketball team dug in defensively Saturday night against Westmoore in the finals of the 2021 East Central Oklahoma Classic.

The Lady Cougars limited Westmoore to single-digit scoring in each of the first three quarters en route to a 38-29 victory over the Lady Jaguars.

Coach Christie Jennings, ranked No. 12 in Class 4A, saw her squad improve to 8-5 while Class 6A Westmoore dropped to 3-6. Westmoore had defeated Ada 53-47 in overtime in last month's 2020 Cougar Christmas Classic.

"It was a great three days of basketball for us. We faced some adversity going into this tournament," Jennings said.

Adversity indeed. The Lady Cougars lost half their roster the week of the tournament due to COVID-19 exposure and played with seven total players on Thursday and eight on Friday and Saturday.

"We made some adjustments to what we do, and I feel like it worked for us. I'm so proud of each of these kids. They all contributed to winning this championship," Jennings said. "It would've been really easy to go into this tournament with a negative attitude after half of our team got quarantined, but they refused to do it. We saw it as an opportunity instead."

Westmoore was clinging to a 7-6 lead after the first quarter but the Lady Cougars outscored the Lady Jaguars 19-9 over the middle two periods to grab a 25-16 lead heading to the fourth frame.

Owens was named the ECOC's Most Valuable Player, while Wofford and Frizell landed on the all-tournament team.

"It's a year of being overcomers and learning to persevere. It's been tough no doubt, but it will only help prepare these young ladies for life," Jennings said.

Ada sophomore Jack Morris scored a game-high 20 points but it wasn't enough as the Cougars dropped a 64-57 to old rival Ardmore Saturday in the third-place contest at the East Central Oklahoma Classic.

Ada closed within 51-46 heading into the fourth period but couldn't complete the comeback.

The Tigers got 19 points from Dagaryan Coleman and 17 from Jordyn Brown.

Both Ada teams are now off until Seminole visits the Cougar Activity Center on Friday.