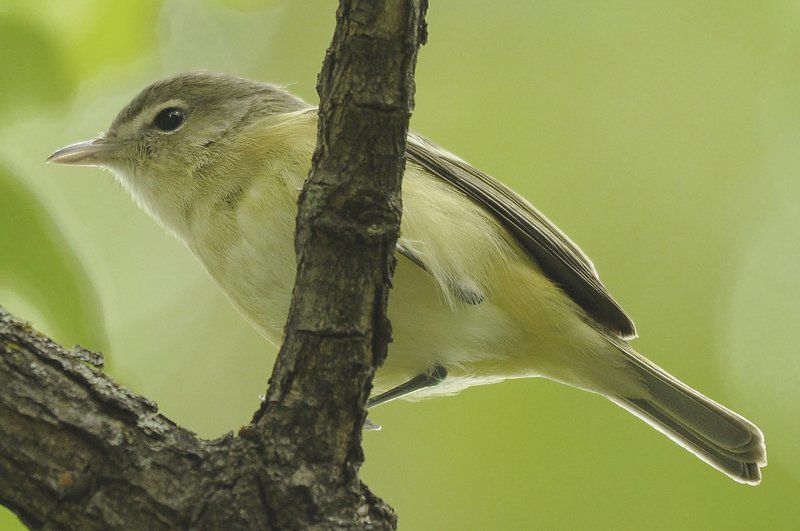 A Bell’s vireo perches on the branch of an oak tree. Note the white in front of, and above the eye. Also note the yellowish flanks. 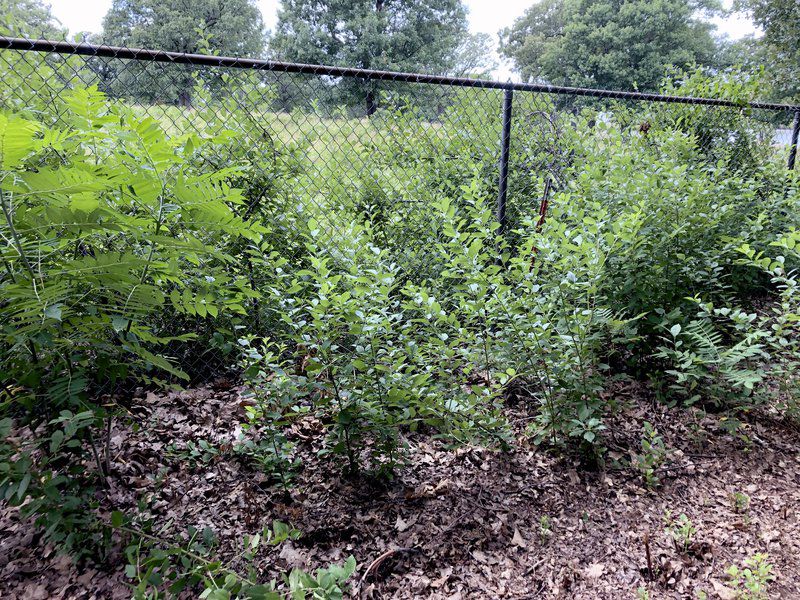 Shrubby vegitation such as this along a fence line is the preferred habitat of Bell's vireos. 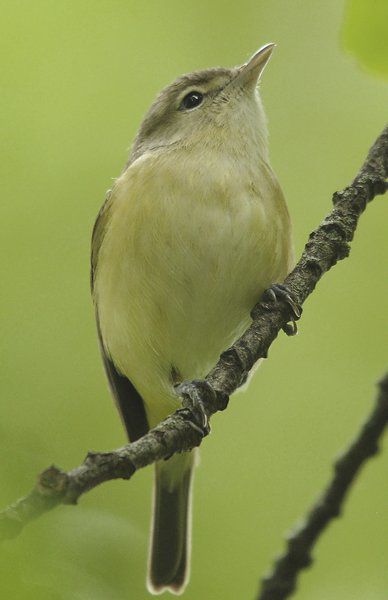 A Bell's vireo perches on a branch. Note the dark eyes and thin tail.

A Bell’s vireo perches on the branch of an oak tree. Note the white in front of, and above the eye. Also note the yellowish flanks.

Shrubby vegitation such as this along a fence line is the preferred habitat of Bell's vireos.

A Bell's vireo perches on a branch. Note the dark eyes and thin tail.

This week I’m featuring a busy little bird which is not often seen, most likely due to its habitat preference.

Bell’s vireos spend the warmer months in the United States, and fly south for the winter.

The bird was named by Nineteenth Century naturalist, ornithologist and artist John James Audubon. Audubon named the bird after John Graham Bell, a taxidermist and collector who accompanied Audubon on a trip up the Missouri River in 1843.

Audubon saw the bird on that trip and he was the first naturalist to notice and formally describe the Bell’s vireo, according to the Cornell Lab of Ornithology.

I don’t see these birds often, but they are a real treat to watch as they seem to never stay still. Photographing them is no easy task.

Sadly, like other vireos, Bell’s vireos are heavily parasitized brown-headed cowbirds, and parasitism has exacerbated declines resulting from habitat loss and degradation throughout the species’ range, according to the Cornell Lab.

There are several subspecies of Bell’s vireo, but the eastern subspecies (vireo bellii bellii) is the one which inhabits Oklahoma.

The eastern version is the more colorful of the subspecies, but its plumage varies. However, most are olive green above and yellowish below. Heads are light gray, and there is often white coloring in front of, and above, the eyes (see photo).

They have somewhat long, thin tails.

The white-eyed vireo is about the same size (4.5 to 5 inches in length), and somewhat similar in appearance. However, white-eyed vireos have bold yellow “spectacles” and white irises, whereas the irises of Bell’s vireos are dark.

Bell’s vireos can be found all over Oklahoma during the breeding season. However, The National Audubon Society lists them as uncommon in Oklahoma. Their typical common breeding range includes northern Mexico and the Southwestern United States from Southern Texas to Southern Arizona. Uncommon breeding range extends from Central Texas and spreads north to the Dakotas, Iowa, Illinois and Indiana.

Bell’s vireos spend winters in habitat along the Mexican Pacific Coast, and a little further inland.

Bell’s vireos mostly inhabit dense, shrubby vegetation, usually low to the ground, although they sometimes venture higher up into trees in search of food.

Bell’s vireos usually build small nests low to the ground in short trees or shrubs. The Cornell Lab reports that females lay two to four eggs, which are incubated for about two weeks. Nestlings fledge after about 10 to 12 days.

The Cornell Lab reports that there are no reported observations of a Bell’s vireos drinking water. Ornithologists believe Bell’s vireos may be able to obtain all of their water needs from food.