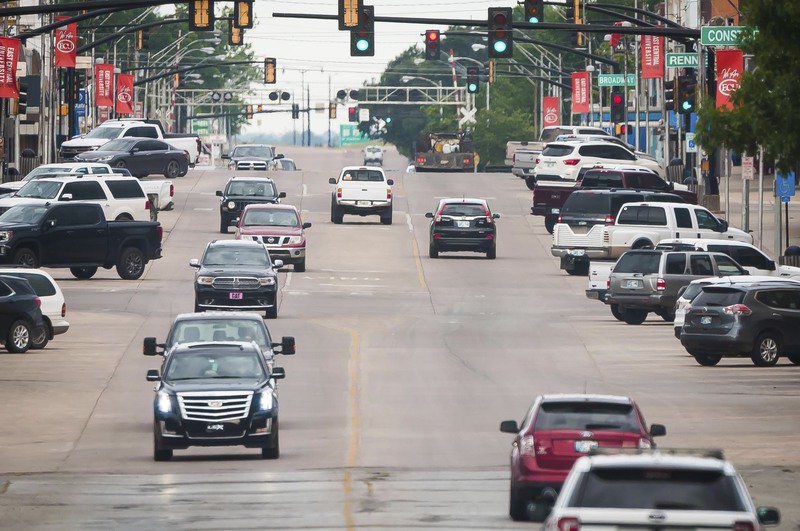 This view of Main Street looking west was made with a 500mm lens. Compare it to the image made from the same spot with a 12mm lens. 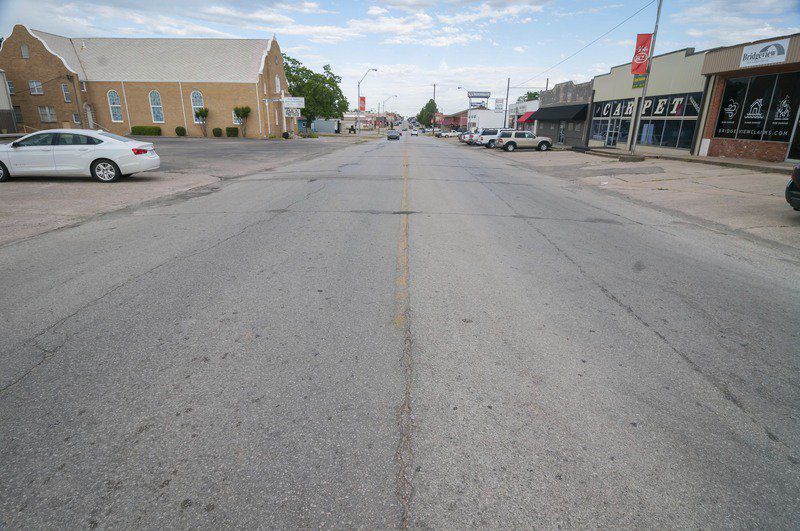 This view of Main Street looking west was made with a 12mm lens. Compare it to the image made from the same spot with a 500mm lens.

This view of Main Street looking west was made with a 500mm lens. Compare it to the image made from the same spot with a 12mm lens.

This view of Main Street looking west was made with a 12mm lens. Compare it to the image made from the same spot with a 500mm lens.

Every profession has terms that are specific to their craft. Newspapers, for example, often have stories that are too long to get the entire story on the front page, so they “jump” to another page, often with a tag like “see City Hall, page 9A.” When I was talking about this on social media recently, I said, “There was plenty of jump space,” and someone asked what “jump space” is.

Photographers are as guilty as anyone in this regard. We spout phrases like, “That nifty fifty is pretty good, but I’m waiting for the 0.95.”

So what do all the letters and numbers mean on lenses?

But what are these numbers? The easier of the two to understand is the focal length, which is simply the distance between the point inside the lens where the light rays converge, and the focal plane, which is where the sensor or film is located. For some of the 20th century, this was expressed in inches, but by the 1970s, almost all lenses have their focal length marked in millimeters. Shorter focal lengths are wide-angle, while long focal lengths are more telephoto.

More difficult to understand is the f/number, often written as a fraction like f/2.8, or sometimes as a ratio, like 1:2.8. In their case, this number represents the ratio of the focal length of the lens and the maximum aperture, derived by dividing the two. A 200mm lens with a 50mm maximum aperture is described as a 200mm f/4.0.

In practice in the digital era, focal length is a little hard to pin down, since we have cameras with all manner of differently-sized sensors. A smartphone might have a 4mm lens, while a DSLR might have a 50mm lens, and both give roughly the same result.

In my work, I mostly use cameras with 24mm x 15mm sensors, so a middle-ground focal length might be a 35mm. A lot of these cameras come with lenses as part of a kit, and since they are usually zoom lenses, the are described not with one number, but two, like 18-55mm. Since a lot of these lenses are designed to be small, light, and cheap, they often have two numbers to describe the maximum aperture as well, like f/3.5-5.6, since the maximum aperture changes as the lens is zoomed. Put together, these popular lenses are referred to as 18-55mm f/3.5-5.6.

Photographers love lenses with large maximum apertures, since they let in a lot of light and can create nice out-of-focus backgrounds. There are some lenses out there that rise to the top of our wish lists, and of course, we use these numbers to describe them. Recently, I was able to acquire and handsome 85mm f/1.4. If you do the math, you’ll find that for an 85mm lens to have an f/number of 1.4, the aperture has to be about 60mm.

Other lenses we love to love but often can’t afford to buy have numbers like 58mm f/0.95 or 104mm f/1.4. We love for that f/number to be small, since that equals a large maximum aperture. It’s fun to put these dream lenses into a search engine or even an online auction, and see how much you would spend if you had the money.