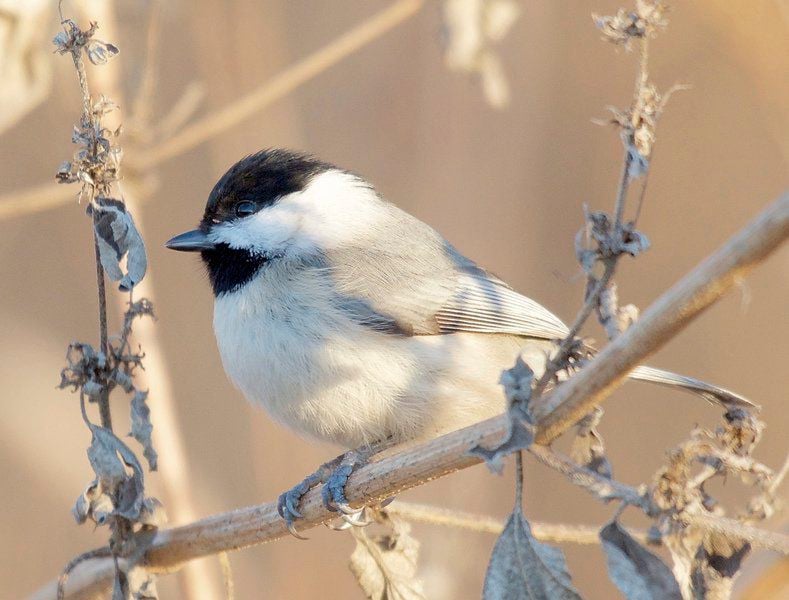 A Carolina chickadee perches on the branch of a plant in winter. Take note of the black cap and throat, along with the bright white cheeks. 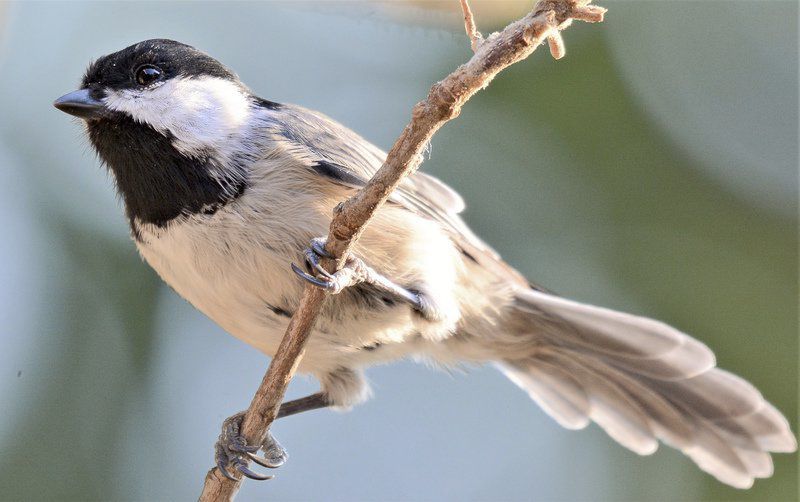 A Carolina chickadee perches on a tree branch. I believe this was a young bird, due to its scruffy appearance. Adults usually have a smooth appearance. 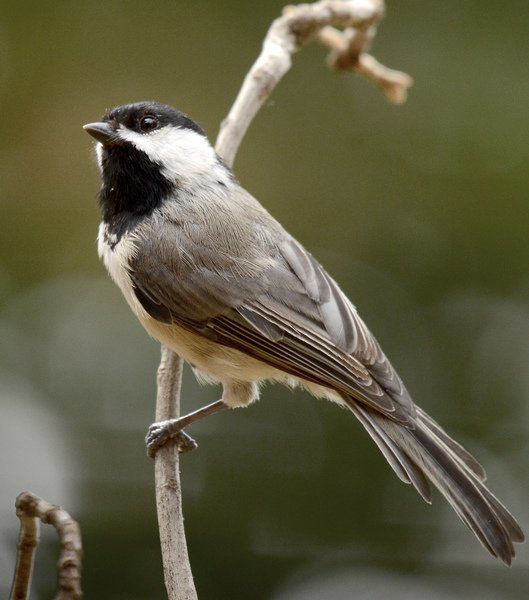 A Carolina chickadee perches on a branch.

A Carolina chickadee perches on the branch of a plant in winter. Take note of the black cap and throat, along with the bright white cheeks.

A Carolina chickadee perches on a tree branch. I believe this was a young bird, due to its scruffy appearance. Adults usually have a smooth appearance.

A Carolina chickadee perches on a branch.

The Carolina chickadee is a fairly common bird. It’s often attracted to backyard feeders, and it is this week’s featured creature.

Since I featured the tufted titmouse last week, I thought it best to feature the bird which is often seen along with it.

Chickadees, along with titmice and nuthatches, are probably the most frequent visitors to my feeders.

When they do visit feeders, cautious chickadees will fly in, grab a seed and then fly out quickly back to a tree where they are more comfortable.

And, like the closely related titmouse, a chickadee will use its feet to hold down a sunflower seed and peck at it to get to the kernel inside.

And black oil sunflower seed — whether in its shell or hulled — is a favorite of this bird. They also enjoy peanut pieces and suet. In winter, they also love dried mealworms.

The Carolina chickadee was named by the great ornithologist, naturalist and artist John James Audubon while he was in South Carolina.

A tiny bird, the Carolina chickadee grows to about 4 to4 1/2 inches long.

It has a black cap and throat, with white cheeks and a white chest. The wings and back are gray. There is often a slight buff coloring along the flanks (sides below folded wings).

Males and females do not differ in plumage.

Chickadees eat mostly insects and spiders in the summer, while including more seeds in winter. They readily visit suet feeders and, from my observations, prefer elevated feeders to feeding on the ground.

Deciduous and mixed woodlands. But you will also see them in wooded suburbs and parks.

The female lays three to 10 eggs over several days. The female incubates, while the male delivers food to her. Eggs hatch in 14 to 15 days. Nestlings leave the nest after two to three weeks.

The Cornell Lab of Ornithology reports that in winter, Carolina chickadees live in flocks of two to eight birds and defend areas against other flocks. The dominant birds in the flocks establish breeding territories in the summer that were part of the winter flock’s range.