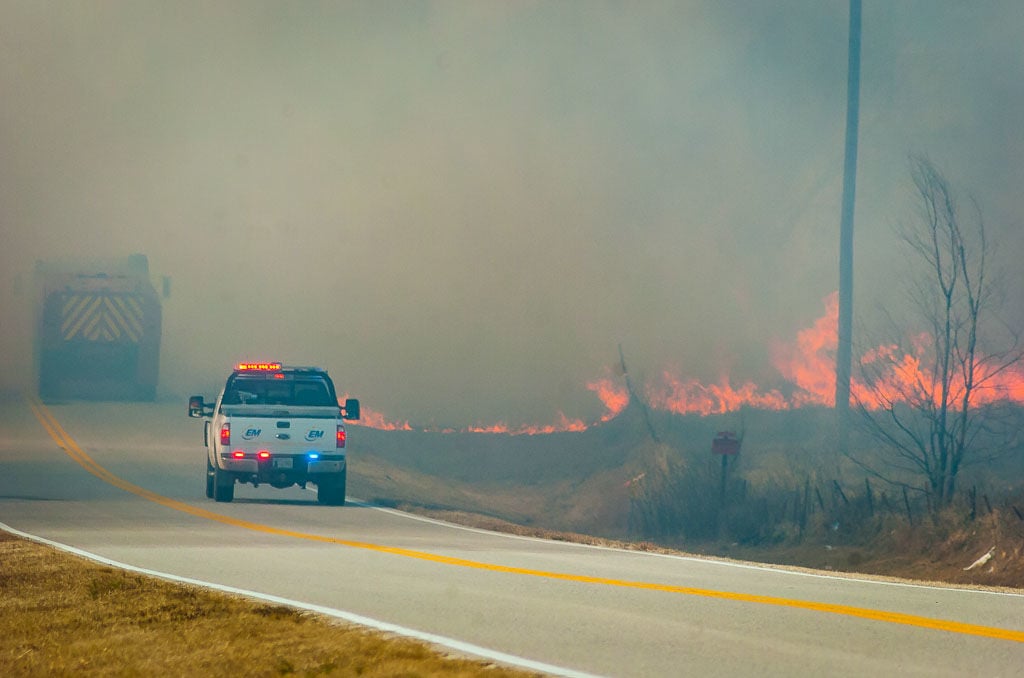 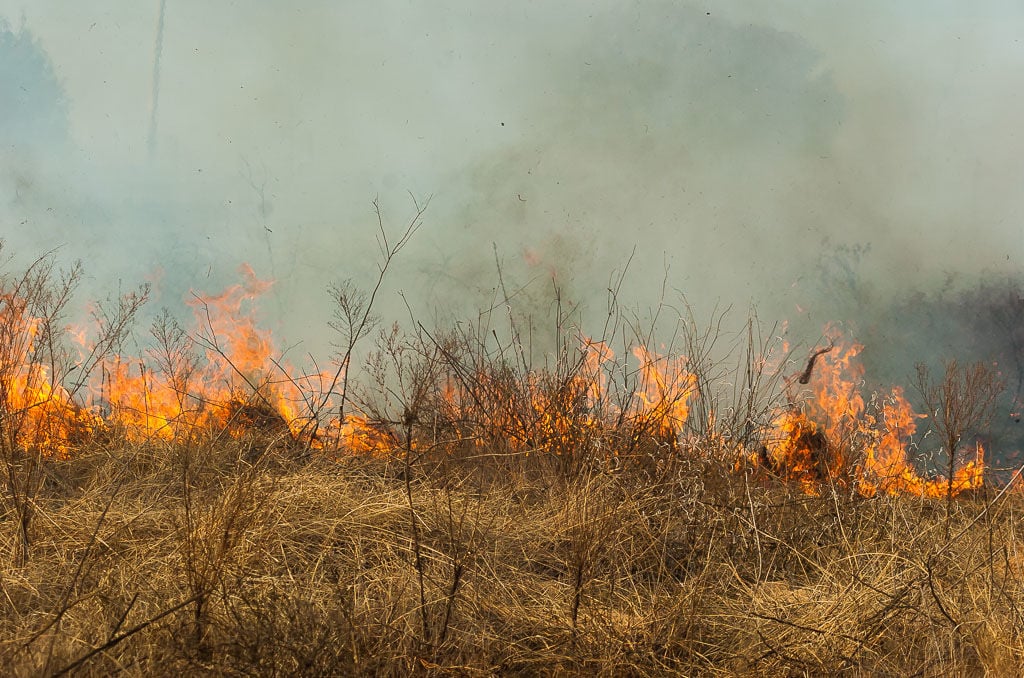 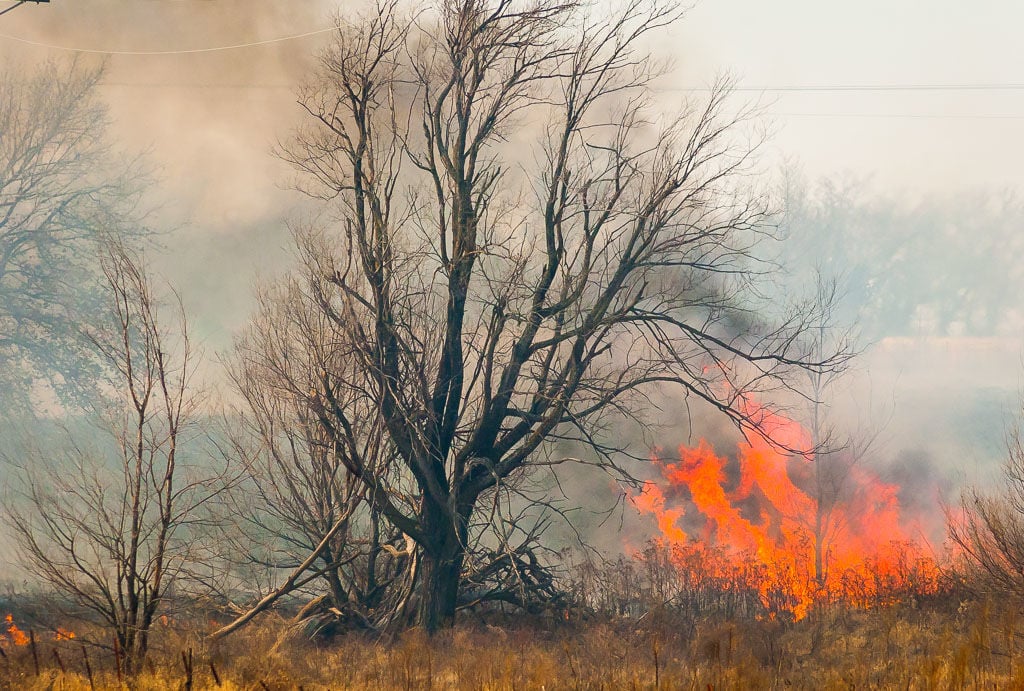 The leading edge of a wildfire reaches a line of trees near Country Roads 1460 and 3420 in northwestern Pontotoc County Friday afternoon.

The leading edge of a wildfire reaches a line of trees near Country Roads 1460 and 3420 in northwestern Pontotoc County Friday afternoon.

Area firefighters battled a wildfire near the intersection of State Highway 59 and County Road 3420 Friday afternoon. The 20-acre blaze was fueled by abundant heavy grass and brush, and pushed along by a dry northerly breeze.

Ada Fire Department was on hand to protect several structures that were threatened. Pontotoc County Sheriff's deputies were called to the scene to provide traffic control when several drivers drove into smoke as the blaze crossed SH59 moving south.

Despite several fire department vehicles getting stuck in soft soils in the area, the blaze was largely controlled by mid-afternoon.