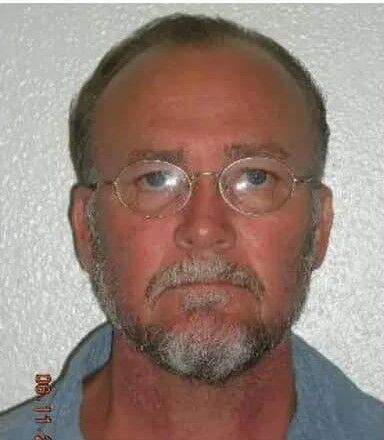 Thomas Ward -- whose murder charges and sentences were vacated and set aside in December -- will remain in prison until at least February after his discharge was stayed Thursday by the Oklahoma Court of Criminal Appeals.

On Friday, Dec. 18, Oklahoma District Court Judge Paula Inge granted Ward's amended application for post-conviction relief (filed on his behalf earlier in 2020 by his attorneys) and vacated and set aside the judgements and sentences against him, and, discharged "Ward from the custody of the Oklahoma Department of Corrections."

However, the following Monday, Oklahoma Attorney General Mike Hunter appealed Inge's decision and also asked to stay her order of relief. Judge Inge allowed the attorney general a temporary stay until Jan. 8 to allow the Oklahoma Court of Criminal Appeals to rule on a permanent stay.

As the stay was granted/extended, the state now has until Feb. 16 to present a brief asking the appeals court to overturn Judge Inge's decision to vacate the charges and sentences.

Ward, now 60, was originally convicted in 1985, along with Karl Allen Fontenot, now 56, in connection with the April 1984, disappearance and murder of 24-year-old Ada resident Donna Denice Haraway.

In 1988, the Oklahoma Court of Criminal Appeals reversed Ward's first conviction due to the United States Supreme Court reversing its prior position on joint trials for defendants with interlocking confessions.

Fontenot's original conviction was also reversed for the same reason.

Both were also later convicted in second trials. Ward was sentenced to death in the first trial, then life imprisonment after the second trial.

Haraway disappeared from her job at McAnally's convenience store on the east side of Ada, April 28, 1984. Her body wasn't found until 20 months after the disappearance.

Ward and Fontenot were arrested later that year and reportedly made confessions.

Both Ward and Fontenot claimed their confessions were coerced and steadfastly maintained their innocence.

Fontenot was released in December 2019 at the age of 55 after a federal judge ordered he be released or retried.

In 2006, the crime and subsequent investigation became the subject of part of novelist John Grisham’s only nonfiction work, “The Innocent Man: Murder and Injustice in a Small Town.”

In December 2018, streaming service Netflix debuted a six-part series examining the 1982 murder of Debbie Sue Carter and the 1984 disappearance and murder of Haraway. The series is based on Grisham’s best-selling book.